Top 5 Swords From Game Of Thrones

With Game of Thrones on all of our minds, let’s take a moment to reflect on some of the most powerful swords in the game! When it comes to this fiction time period, Valyrian steel was the metal of choice. Valyrian steel is a form of metal that was forged in the days of the mighty Valyrian Freehold. It is exceptionally sharp and strong, yet light. 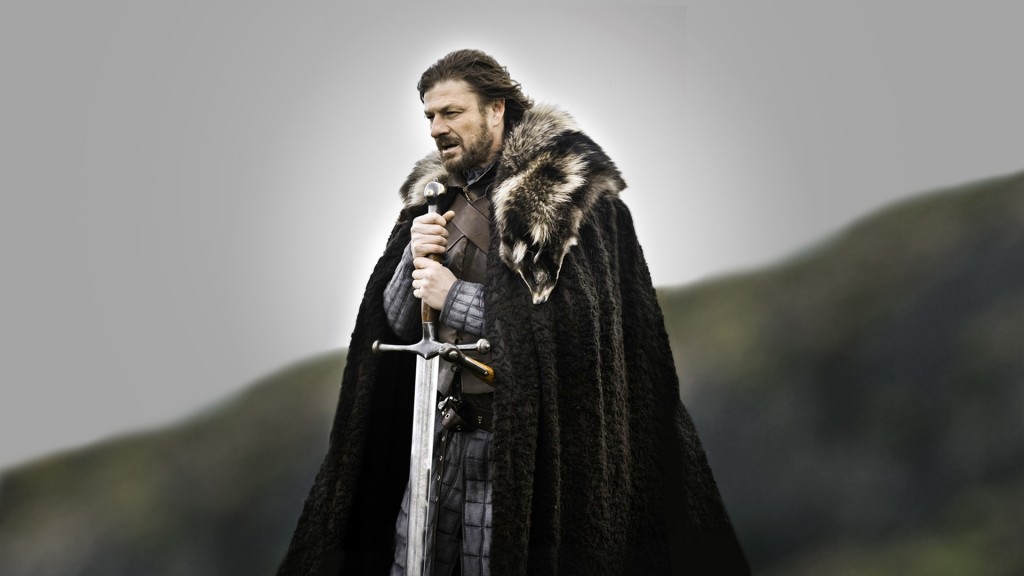 Ice was a Valyrian steel greatsword and an heirloom of House Stark. It was used both in war and on ceremonial occasions by the Lord of Winterfell. Sadly, Ser Ilyn Payne, the King’s Justice, beheads the noble Ned Stark with Ice, on the orders of the evil King Joffrey. He keeps the sword afterwards and has it melted down into multiple powerful swords. 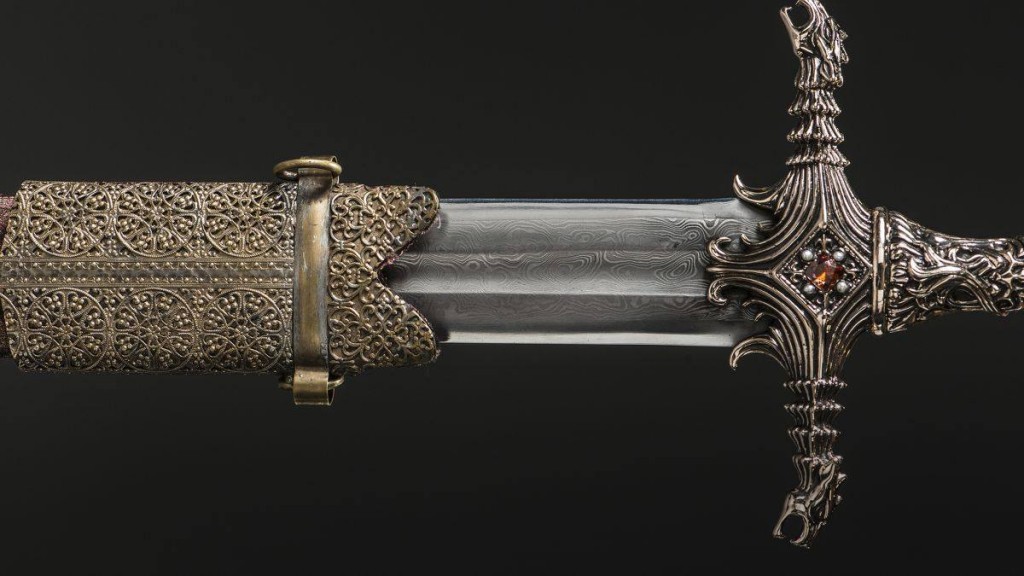 Oathkeeper is introduced in the fourth episode of the fourth season. After a barbarous adventure back to King’s Landing, Jaime and Brienne form a heartfelt companionship. In the chambers of the Kingsguard, Jaime tasks Brienne with finding Sansa, the daughter of Ned Stark, and keeping her safe. She is provided  a horse, supplies, and a freshly forged suit of armor. Jaime then presents to her the sword his father gave him, saying that the Valyrian steel is forged from Ned Stark’s sword and that she should take it. 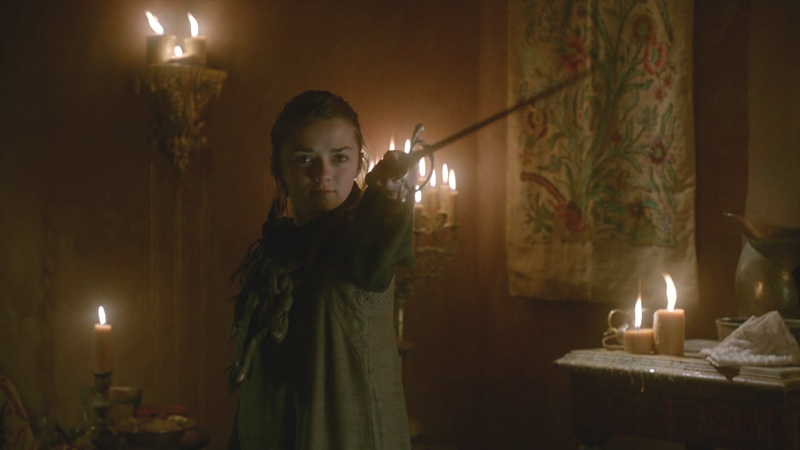 Needle is a “needle-thin” sword owned by Arya Stark, daughter of Ned Stark. It was given to her by Jon Snow, her bastard brother, who had it made by Mikken, the blacksmith of Winterfell. It is well suited for Arya’s petite frame and “water dance” fighting technique. Hit helps her to accomplish speed, agility and precision as opposed to the harsh slashing moves of the knights. 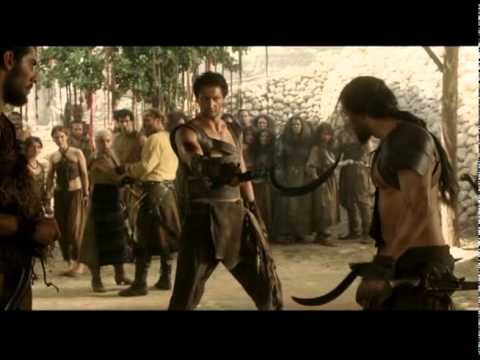 The arakh is a deadly and intimidating weapon used by the Dothraki warriors. It has a crescent moon-shaped with a curved blade about two and a half feet long. While it may not be able to penetrate thick body armor, a nice flip of the wrist can do some serious damage. Jorah Mormont notes that the sweeping blade is effective and necessary for a warrior on horseback. 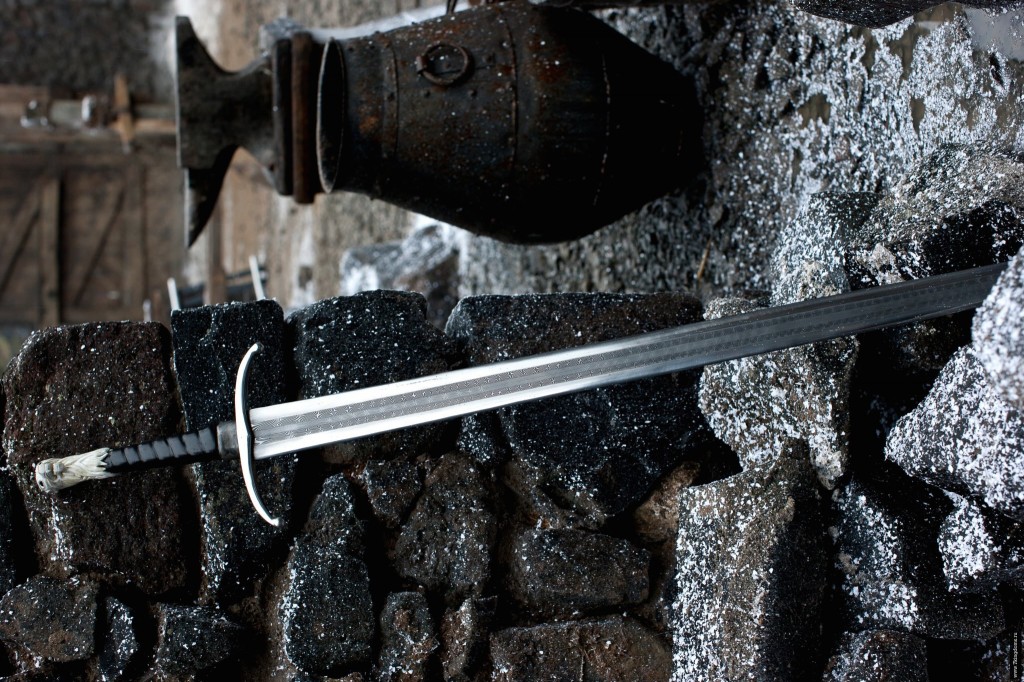 Longclaw is a Valyrian steel sword, in the possession of House Mormont for five centuries. It was passed on to Jon Snow, for saving the life of Jeor Mormont from a wight. Longclaw is a bastard sword (also known as a “Hand-and-a-half sword”), which is longer than a longsword, but shorter than a greatsword. Longswords are meant to be used with one hand, while the other hand holds a shield.