The Application of Knowledge: Ancient Technology

Some might think that high-end technology is relatively modern, and that the ancients lived in the dark ages in comparison, but the ancients were more technologically advanced than you think. The complexity of some of the amazing pieces of ancient technology shows us that the ancients were capable of intellectual and engineering feats that baffle our modern day minds. Unfortunately, due to the destructive nature of natural disasters, and war, there probably would have been a lot more discoveries, and more of the ancient knowledge would be readily available. Nonetheless, these discoveries challenge us, and make us question everything that we think we know.

Here are just a few  of the  examples of amazing technology that was initially developed back in antiquity:

Did you know that the Romans used nanotechnology? It might sound far-fetched but it’s true, the Romans made and used nanoparticles in their art. The fourth-century A.D. Lycurgus Cup is an example of this; this beautiful glass chalice features a depiction of King Lycurgus of Thrace entangled in a web of grapevines, and from first glance looks like a normal artistic cup. It’s not until you shine light on it that you see that this is clearly not the case. When lit from the front the chalice appears to be a jade green, but when lit from behind it appears to be a blood red color. It took researchers until 1990 to realize that the Romans were actually the forerunners in nanotechnology, and the cup was originally acquired in the 1950s! This means scientists were perplexed for decades until the enigma was finally solved. Romans had the ability to take silver and gold, and grind them down until they were as small as 50 nanometers in diameter (smaller than one-thousandth the size of a grain of table salt), and then these particles were permeated into the glass. The electrons that belonged to these metal flecks would vibrate and alter the color depending on the observer’s position when hit with light. This discovery has even amazed engineers, and we could very well see this technology make its way into today’s devices. In fact, when scientists created and tested a prototype based off the Romans work, they established that it was actually 100 x’s more sensitive than our current commercial sensors-pretty amazing stuff! 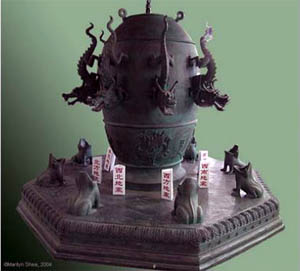 The process of detecting, recoding, and measuring seismic shocks began back in 132 A.D., when the first seismoscope was invented! This incredible device was invented during the Han Dynasty (25-220 AD) by Zhang Heng, who was also an astronomer, engineer, mathematician, inventor, as well as a geographer. Amazingly, this device was fairly accurate, and it didn’t even have to rely on ground movement or shaking in the location where the device was situated either. When an earthquake would occur, one of the eight dragons that snaked face-down alongside the barrel, would open its mouth and release a bronze ball; it was the sound of the ball striking one of the eight toad’s gaping mouth that would alert its observers to the earthquake, and gave a rough estimate of where the earthquake’s direction of origin was. The precise design remains a mystery, as the exact mechanism that goes on internally that causes the ball to drop in the event of an earthquake is still unknown, there are just theories to how it works. In fact, it was so complex that only Zhang himself could keep up with its maintenance effectively, and after his death the device ceased to work. 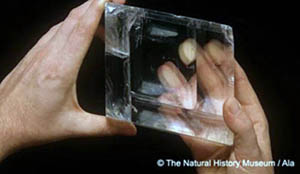 Ever wonder how the Vikings were able to navigate the seas without the use of a compass? Well it turns out that they did have one, but it was no ordinary compass, as it turns out they would use shards of crystal as navigational aids. When the wreck of an Elizabethan ship that sank off the Channel Islands was investigated a calcite crystal was found, which goes along with what was written in ancient texts. It was written in ancient Norse myth’s, that a magical gem was used to help navigate the vessel safely across the seas, as they would use it to reveal the position of the sun when it was hidden behind the clouds, or even during dawn or dusk! Shards of crystal can in fact act like a navigational aid, and it works with remarkably precise precision. Crystals have the ability to create a double refraction of sunlight, even when the sun is concealed by fog and clouds, and by turning the crystal in front of the observer’s eye until the darkness of the two shadows are equal, the sun’s position is then able to be pinpointed. 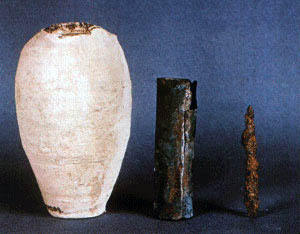 When the village of Khujut Rabu, which is near Baghdad, was excavated in 1936, artifacts that resembled batteries were found. Also referred as the Parthian Battery, the Baghdad Battery is an ancient electric battery that consisted of a clay pot that encapsulates a copper cylinder; suspended in the center is an iron rod, and is all held together in place by an asphalt plug, with an acid solution at the top that may have been used as an electrolyte. When researchers built replicas of the Baghdad Battery they found that it does in fact work, as they produce nearly a volt of power each, but they don’t work as efficiently as modern batteries. However, no one is really sure what the ancients used these batteries for, as there is no solid proof; all we have currently is speculation. 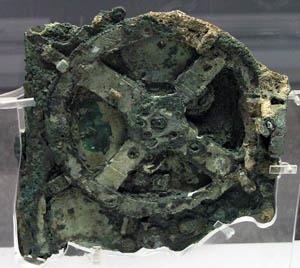 Considered to be the world’s first analog computer, this bronze machine was discovered off the island of Antikythera when divers were exploring an ancient shipwreck located in the Aegean Sea during the early 1900s, and it was estimated to have happened around 2,000 years ago. The inventor of the Antikythera mechanism still remains a mystery, and due to its complexity, its true purpose and function is still not fully known, as it has puzzled researchers for decades. What makes it more difficult is not all of the parts for the mechanism have been excavated yet, some might still be on the sea floor, or it could have been destroyed. What they do know though is that the mechanism is an astronomical time-keeping device, and was used to predict the hour, day, and month of an eclipse, and it even accounted for leap years. In addition, it also had the ability to predict the positions of the sun and moon against the zodiac, as well as the moon’s phase. The device was also used as a calendar to indicate the timing of major athletic festivals, such as the pan-Hellenic games, as well as the Olympics. Essentially, the Antikythera mechanism accomplished the same function of today’s multifaceted astrological software!